The Star Wars book that began it all 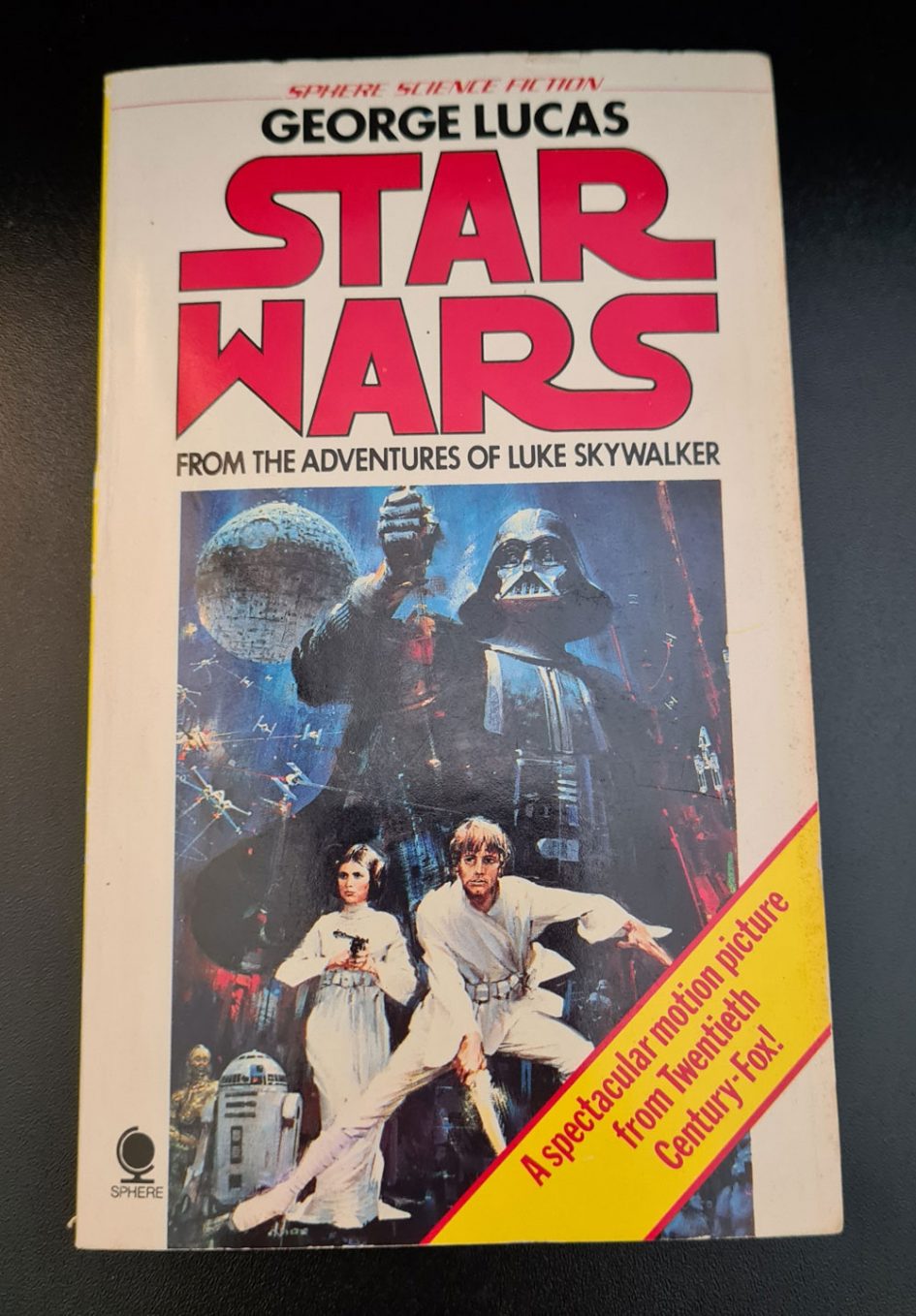 On this Star Wars Day 2022, my mind turned to the origins of this ennealogy of filmed stories that has endured over a total lifetime of 45 years.

The first film in 1977 was what became known as Star Wars Episode IV: A New Hope that led to the creation of what is aptly described as an epic space-opera multimedia franchise embracing nine blockbuster films (the ‘ennealogy’ I mentioned) plus a handful of recent spinoffs, computer games, merchandising, a theme park, and more.

I’ve seen all of them at the cinema and bought all of them on VHS tape, DVD, Blu-ray and then digital as the movie-watching tech at home evolved.

That first film, though, was a ground-breaker. I was at the opening night in London in December 1977 and was blown away not only by the incredible special effects but also by the sheer storytelling.

It’s a universal tale, the theme of which – boy, girl, love, aspiration, anguish, adversity, eventual triumph – tells a universal story that’s been told in various forms in different cultures over the centuries.

I happen to have the printed book by George Lucas that started it all off. I bought the movie tie-in paperback edition in 1977 – that’s the book cover you see above – that tells the original story and includes narrative elements that didn’t make it into the film.

The beauty in reading the book (which I’m going to do for the first time in surely 30 years) is the imagination-stimulant to see the scenes in your mind’s eye as you read, probably overlaid with what you remember from the film.

I’m looking forward to this journey!

This site uses Akismet to reduce spam. Learn how your comment data is processed.

Theme by Anders Noren — Up ↑